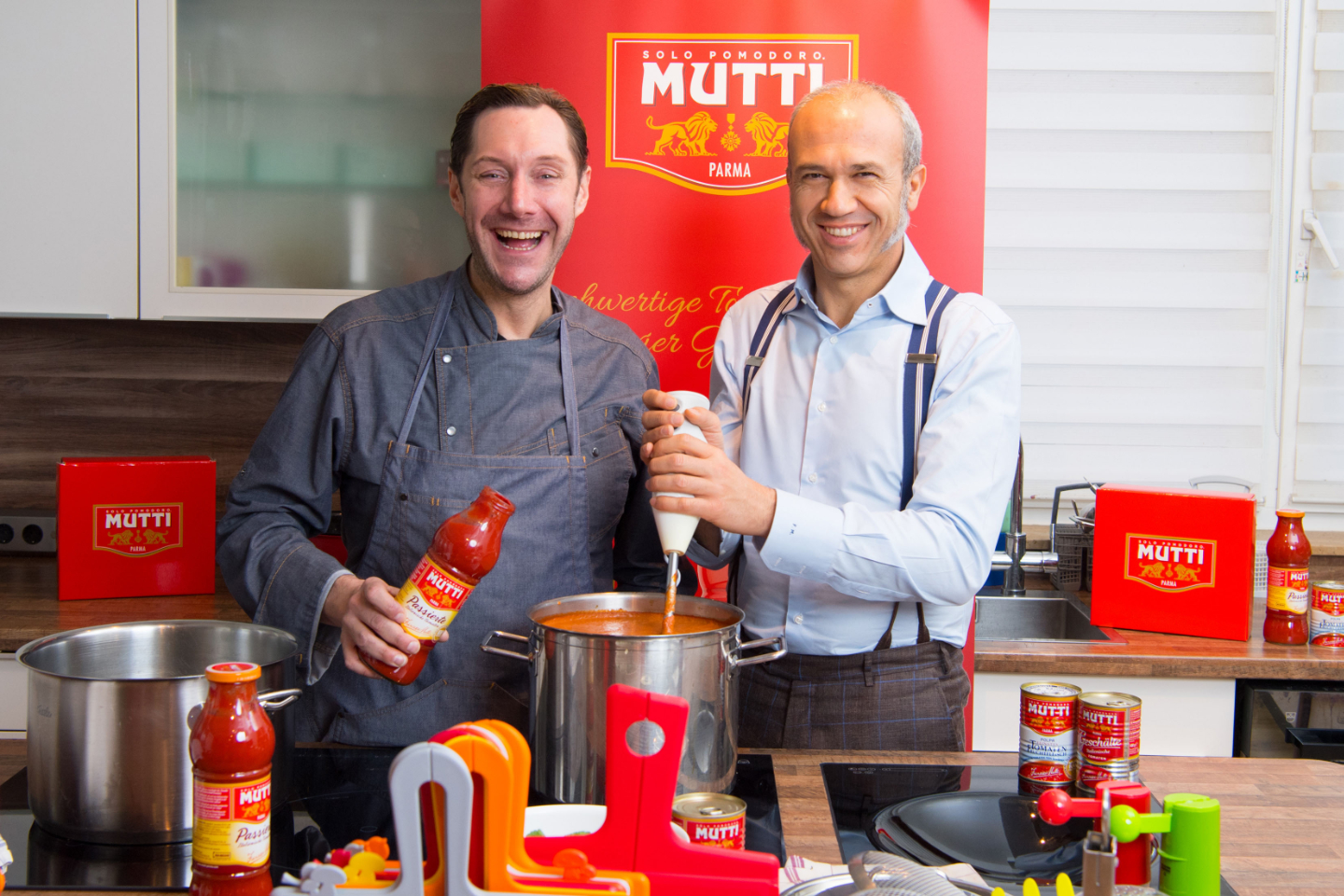 As a brand, Mutti is not yet known to every cooking fan in Germany eventhough hardly any other food can be used as universally in the kitchen as Mutti tomatoes. This is mainly due to the quality and unique taste of the freshly harvested and directly processed Mutti products. To create awareness for the Mutti brand and the versatility of the tomato products, P.U.N.K.T. PR organised a nationwide cooking competition consisting of two preliminary rounds in Düsseldorf and Berlin and a final in Hamburg.

In 2019, Mutti awarded the “Goldener Tomatenkoch” for the first time. After an application phase during which hobby chefs could submit their tomato menu, the best among them were first invited to two preliminary rounds in Berlin and Düsseldorf to demonstrate their culinary skills. Five finalists were able to emerge from this competition, who cooked for the title and the golden tomato trophy at the big live cooking competition in Henssler’s kitchen in Hamburg.
The final was not only exciting for the candidates – the visitors had the unique chance to experience the jury member and 2-star chef Christoph Rüffer and the Italian professional chef Carlo Casoni at a meet and greet.

More than 300 people have applied for the “Goldener Tomatenkoch 2019”.

Eleven semi-finalists have cooked for a ticket to the final at two live events. Five finalists then cooked in Hensslers Küche at the last round. This results in three events in total.
More than 50 publications in relevant media were achieved nationwide during the pre- and follow-up reports. These were 100 percent positive and with picture. P.U.N.K.T. PR was able to successfully reach more than 110 million contacts.